2′-Oxo-PCE (also known as as Eticyclidone, and O-PCE) is a novel synthetic dissociative substance of the arylcyclohexylamine chemical class that produces dissociative, anesthetic, stimulating and hallucinogenic effects when administered. It is structurally related to deschloroketamine (also known as 2′-Oxo-PCM, O-PCM, or DCK) as well as MXE and is speculated to produce its effects through its affinity as an NMDA receptor antagonist. 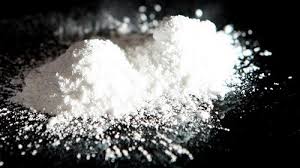 EFFECT AND DOSAGE OF 2-OXO-PCE:

The toxicity and long-term health effects of recreational 2′-Oxo-PCE use do not seem to have been studied in any scientific context and the exact toxic dosage is unknown.

WHERE TO BUY 2-OXO-PCE ONLINE?

At Chemical Planet, we offer high-quality O-PCE in powder form. However, we often have other preparations available.
So, if you prefer another form, do not hesitate to contact us to know if it is available.
Our O-PCE is for research purposes only and is not intended for human or animal consumption.
You must be at least 18 years of age to purchase our O-PCE and be in full compliance with
your country’s chemical research laws.

O-PCE is not classified in most countries, but it is illegal in the UK.
It could also be illegal in countries with similar strong product laws in the United States.C14H19NO,

Always store in a cool, dry place for maximum storage.

Buy 2′-Oxo-PCE Online.2′-Oxo-PCE (Eticyclidone, O-PCE) is intended for research and forensic purposes in a controlled laboratory for study only and is NOT intended for human consumption.

There are no reviews yet.

Be the first to review “2′-Oxo-PCE” Cancel reply